The plot of the villa is situated on a plateau on the edge of a forest with a view of a mountain range. The L-shaped structure is placed in such a way that the surrounding garden is divided into different areas. In the north, an outdoor area takes up the theme of the adjoining forest, in the south are the outdoor areas with pool, seats and landscaped meadows.

Inside, the house is divided on the ground floor into a rest area and a living area. At the intersection of the two areas lies the staircase element, which has a striking appearance from the outside. On the upper floor is the studio with a view of the forest and the mountains. In the basement there are guest and wellness rooms.

In its layout and design, the house appears as a homage to the mid-century houses of the early 20th century. 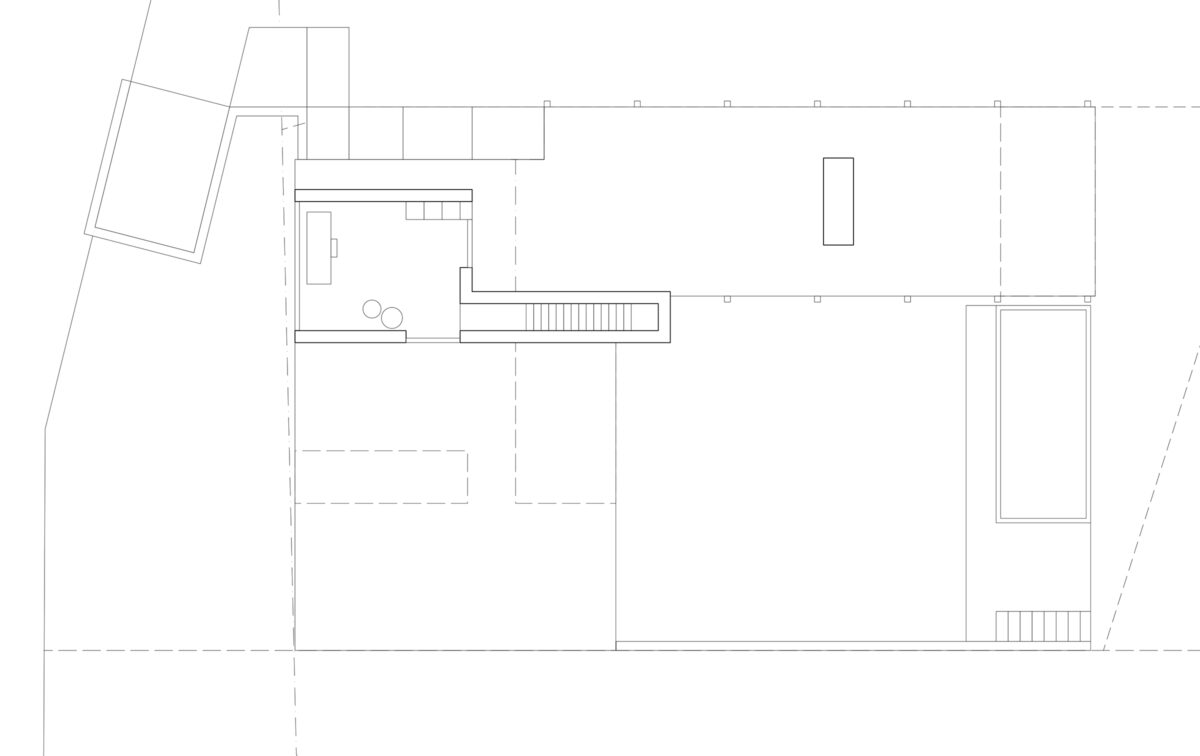 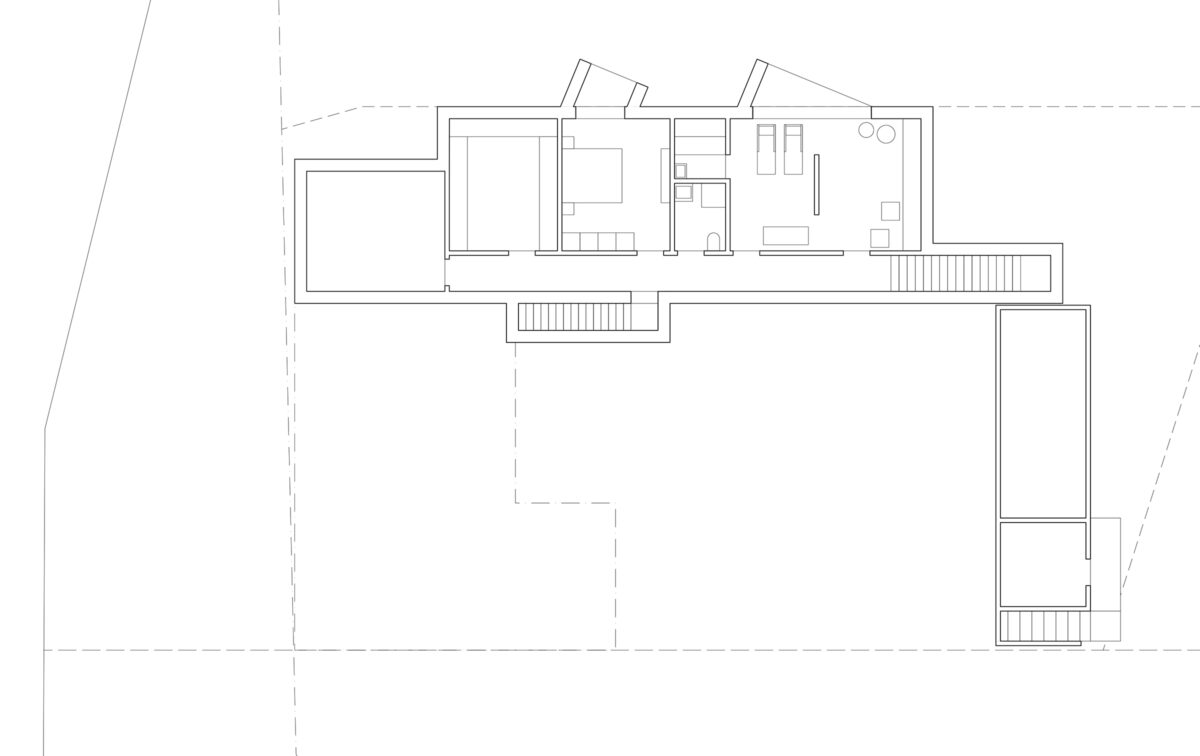